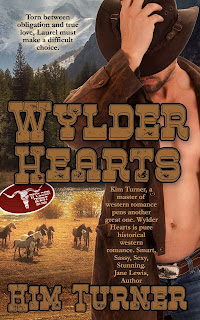 Available December 2, 2020!
Caleb Holt is the man to see for a good horse. Abuse an animal and he'll teach the lesson that goes with it. When he lands on top of a woman in the midst of a brawl and snags a passionate kiss, he sparks a fire he never expected. But it doesn't take the cowboy long to learn a lesson of his own… sometimes love comes with a price.
Seamstress Laurel Adams is embarrassed by Caleb's stolen kiss. Though she is determined to raise her son alone, she wonders at the ease of falling for the handsome horseman. But when the husband who abandoned her returns, there is only one choice to make—the one that breaks her heart into tiny pieces.
~*~

The businessman bolted forward and swung a fist that made contact with his chin, leaving him off balance and staggering backward. Trying to avoid the crowd that had collected, he bobbled and went down, expecting to hit the ground. But the impact never came. Instead he landed softly to a shrill feminine scream, and the greenest eyes he’d ever beheld.

Time simply froze, the world around him a haze as he found himself mesmerized by the beauty of the woman beneath him. It had been a damn long time since he was in such a position as this.

Unable to move with the crowd about them, he apologized, allowing a slight smile to curl his lips, though he knew he should get back to the fight. He reached to tip his hat and realized he’d lost it. The feel of her bosom pressed between them stirred up a thing or two. “Beggin’ your pardon, ma’am.”

“I’m quite all right.” She pushed to rise, but the crowd surrounding them was thick.

“Actually, I was apologizing for this.” Caleb bent to kiss her, slow and searing, her lips plump and tender, holding him there a moment longer than needed. He held her surprised green-eyed gaze a moment more and then he was back to the fight.

Wylder Hearts will be released on December 2, 2020.  Pre-order here. For more information on Kim's other books visit her website or blog

Kim Turner writes western historical romance, and discovered her passion of writing at the age of eight by writing poems, short stories and journals. Kim graduated from Clayton State University with a Bachelor’s of Science in Nursing and holds a Master’s Degree in Adult Education from Central Michigan University. Working as a registered nurse Educator/Quality Analyst for over twenty-seven years, she enjoys studying the medical treatments of the old west as well as keeping up with the latest western movies and television. While she loves reading anything from highlanders to pirates, she claims to have an unquenchable thirst for the American Cowboy when choosing her reads. Kim lives south of Atlanta with her husband and calls her greatest accomplishment the birth of one daughter and the adoption of another from China-neither of which came easy. Kim is a member of Romance Writers of American and Georgia Romance Writers and calls her critique group from Southside Scribes the best thing that ever happened to her writing, that and a pretty wonderful group of beta readers. Kim’s debut novel SAWYER’S ROSE was a 2014 Maggie Finalist and a 2015 Golden Heart Finalist!

Kim’s Motto: It’s All About A Cowboy and the Woman He Loves.

It's a fantastic book. Kim's stories always keeps me on the edge of my seat and unable to put her book down! I also love your book, Northern Temptress, Nicole. I've read both Kim's books and Northern Temptress several times! I only read the best stories more than once!

Aww Connie, you just made my whole day!! Thank you.

And yes, Kim is the best--I love her stories, she just needs to write faster LOL!!

Thanks for stopping by, Tena!

Available December 2, 2020!  Caleb Holt is the man to see for a good horse. Abuse an animal and he'll teach the lesson that goes with i... 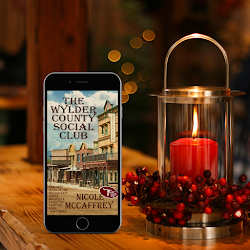